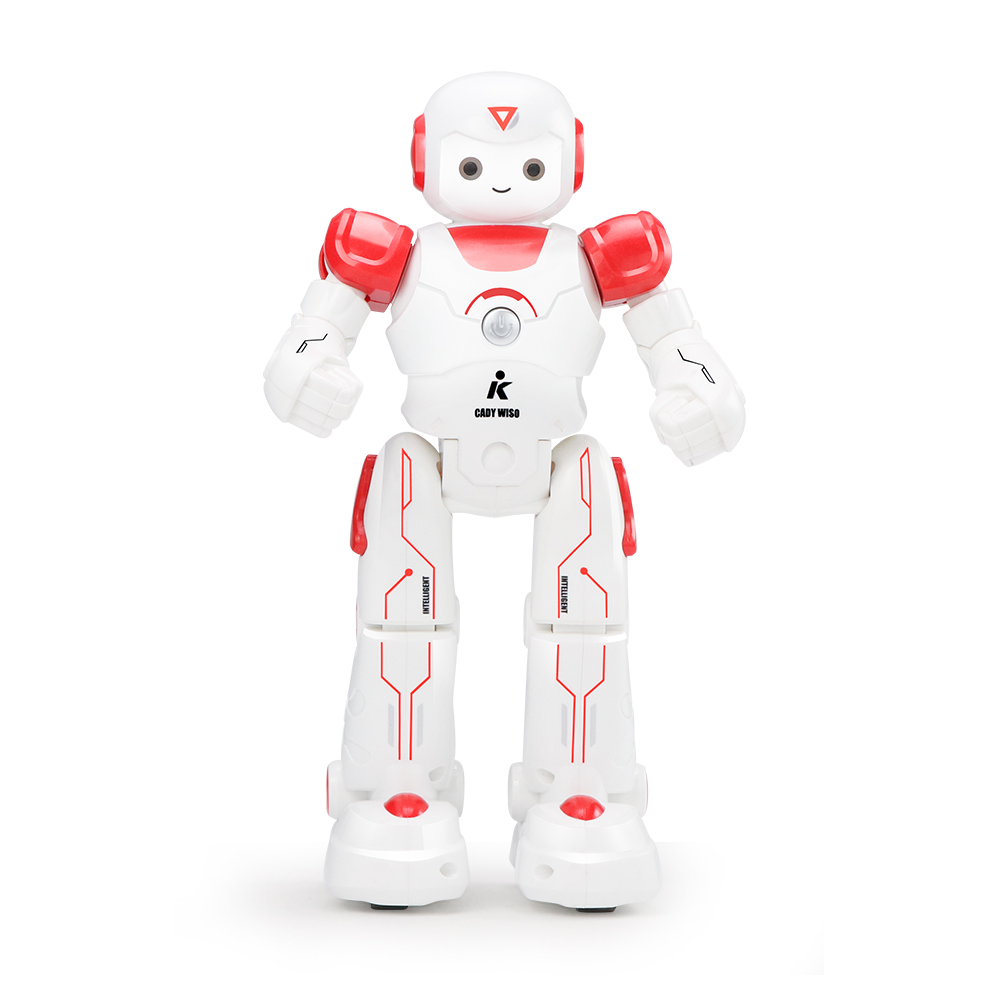 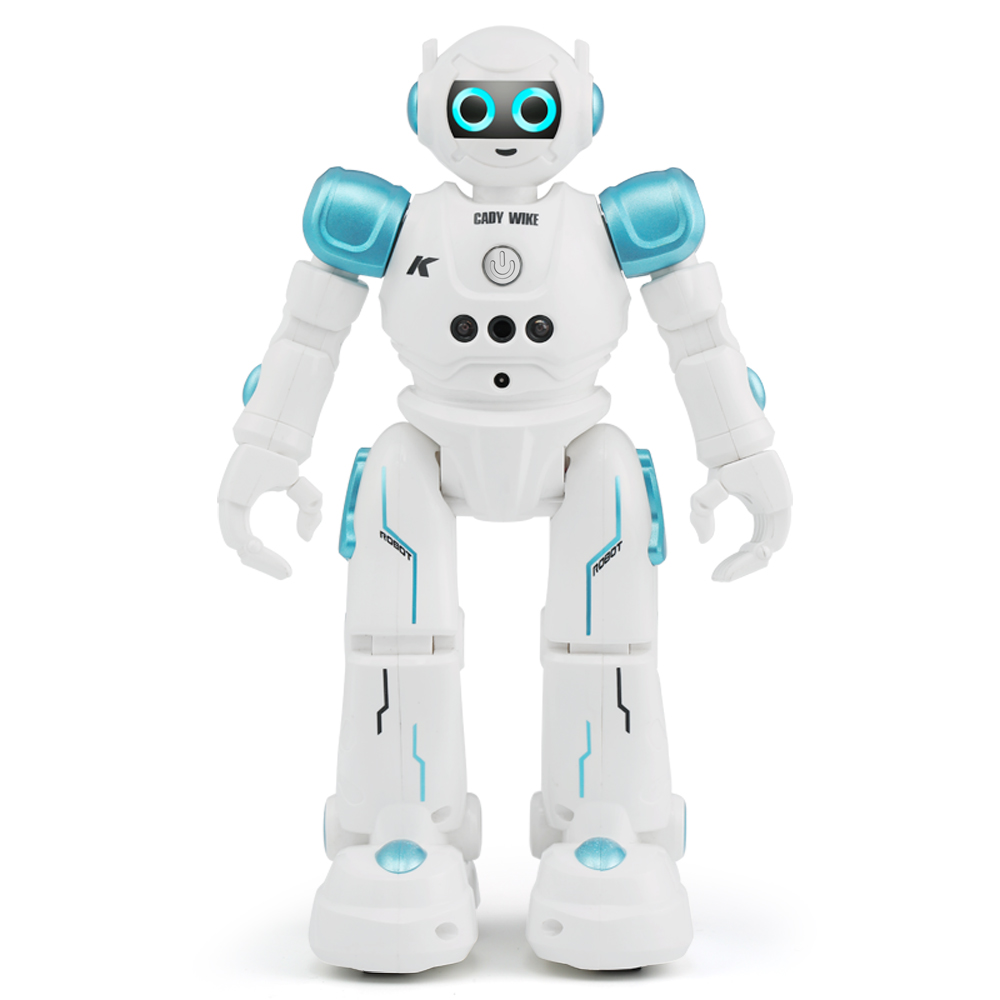 Description:
This intelligent robot made of ABS / PS material, eco-friendly and non-toxic. There are three operating modes: remote operation mode, touch play mode and voice control interactive mode. It has a lot of interesting functions, such as voice recording and alerting, coin saving and popularize finance small knowledge. So interesting that you will have a lot of fun.

Highlights
JJRC R4 is an intelligent RC robot which is capable of creating a lot of fun for your little kids.You can touch its head to make it speak. Press the the "interactive sound mode" button,the robot would clap once and play the recorded voice that has been alerted. Moreover, the robot is programmable and can singing and dancing, collected your pocket money.

Interactive Sound Control
Press the "interactive sound mode" button,the robot would clap once and play the recorded voice that has been alerted.

Touch Mode
Touch the robot on its head, the robot would react with playful sounds and start to tell you financial knowledge.

Voice Recording and Transfer
The robot can record and alert your voice and play the funny audio clips for you.

Personal Delivery Assistant
The robot can help you carry and transfer small items and interact with each other.

Insert Coins
Help kids to develop saving habits with the robot's body designated into a coin bank. all the pocket money can be collected and stored here.

Singing & Dancing
Watch the robot's cool performance and dance together.

Intelligent Programming
The robot is programmable and able to display movements and move at its own.

Main Features:
● Coin saving function. Help kids to develop saving habits with the robot's body designated into a coin bank
● Touch mode. Touch the robot on its head, the robot would react with playful so 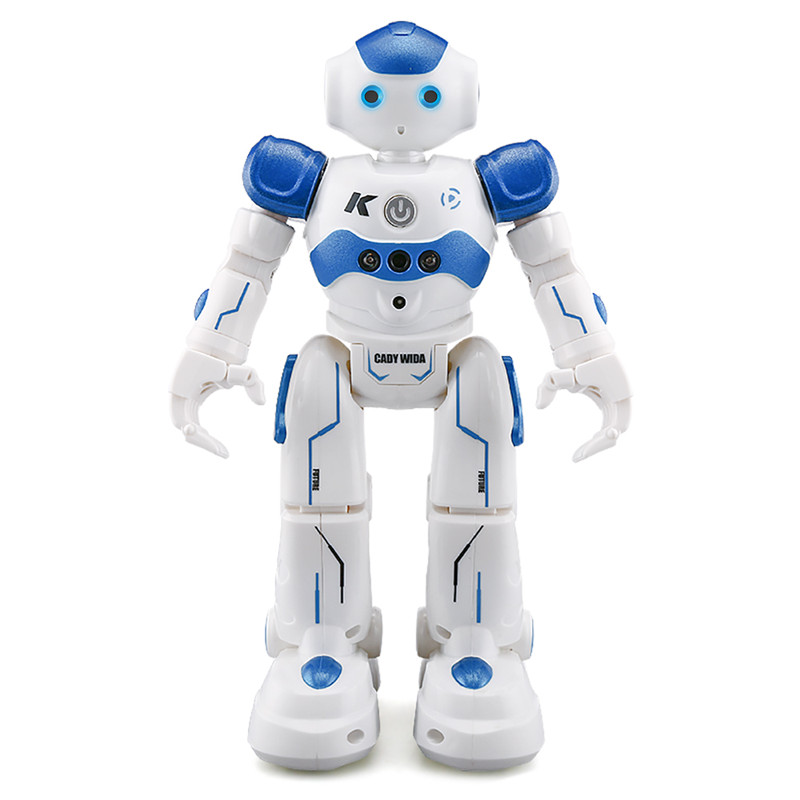 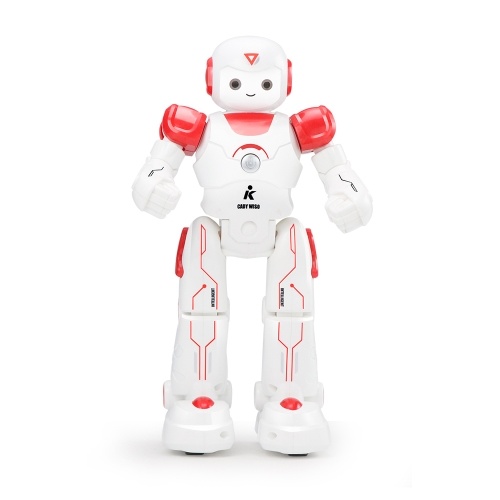 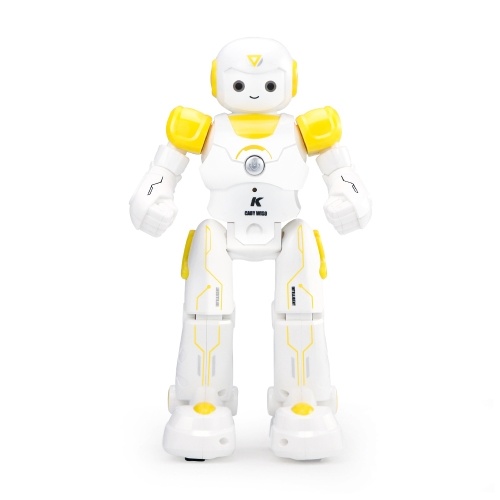 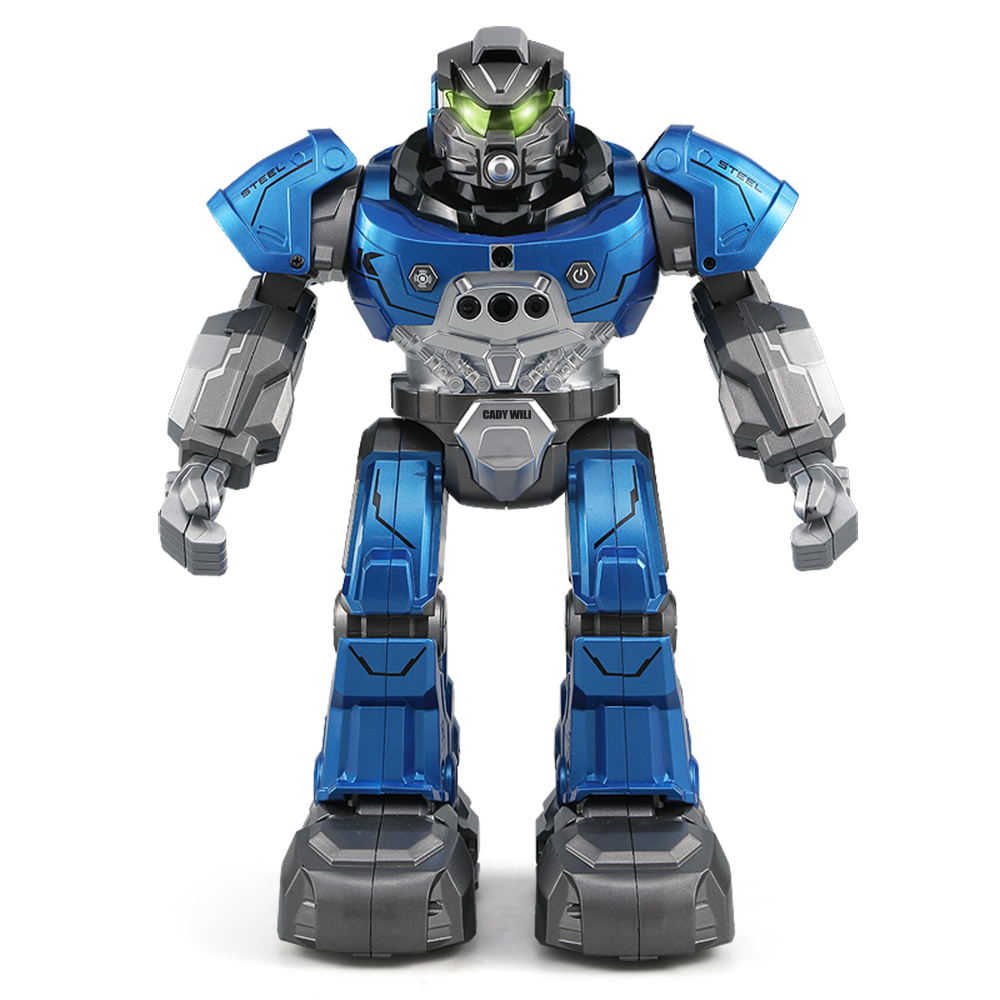 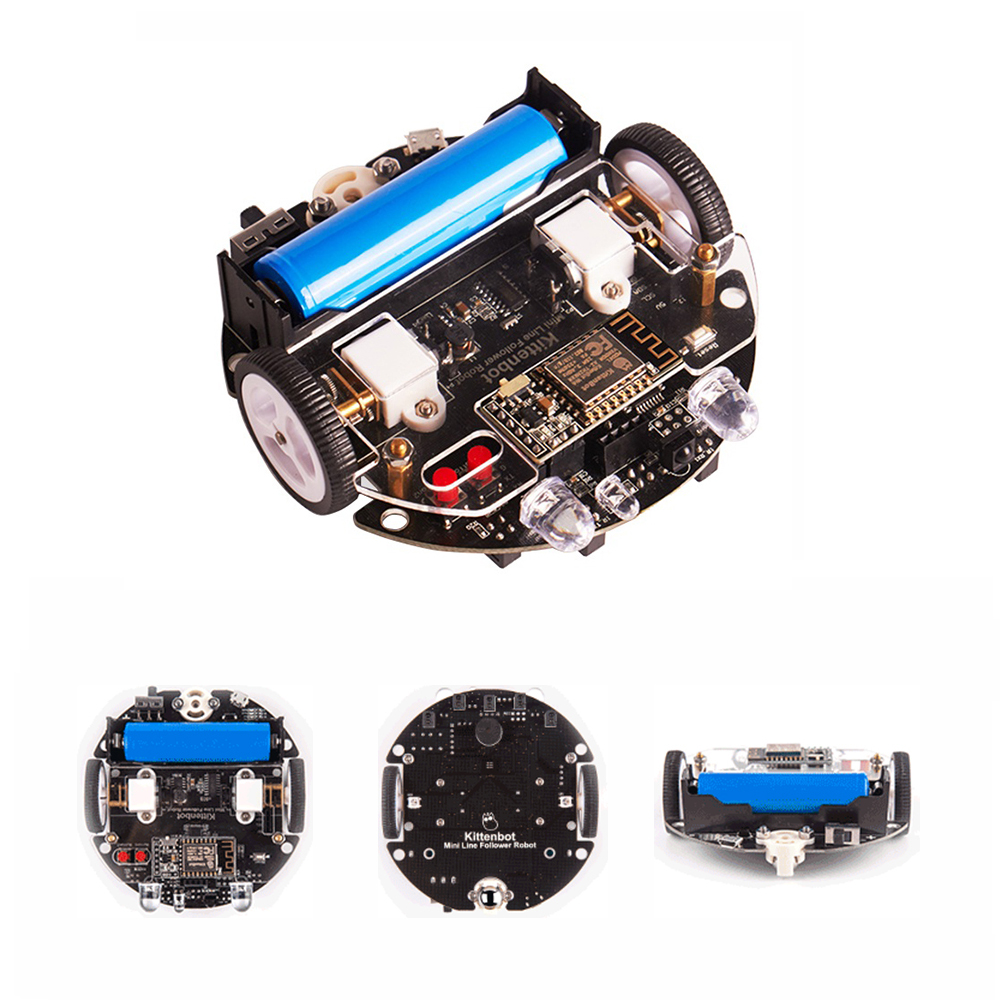 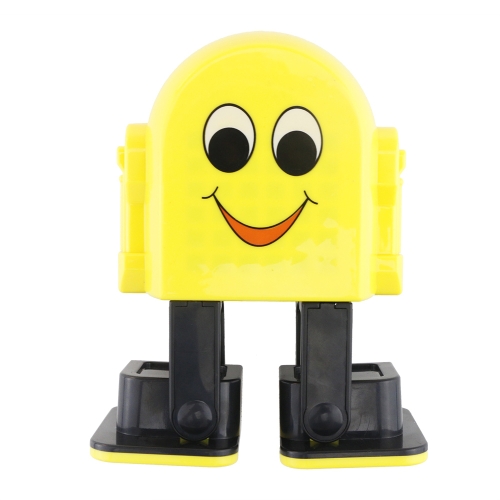 features great amusement and enlightment for children to learn and play with! Support singing and dancingwhen BT connected. The servos make the robot move freely and also provide dancing function. Great gift for your kids!(The phone in the following pictures is not included)Features:Support singing and dancing when BT connected.A big smiling face on the robot and interesting dance make you more relaxing.Intelligent education, make the learning easier.7.4V 1500mAh battery for longer play.Eco-friendly material, no harm for kids, perfect for gifts. 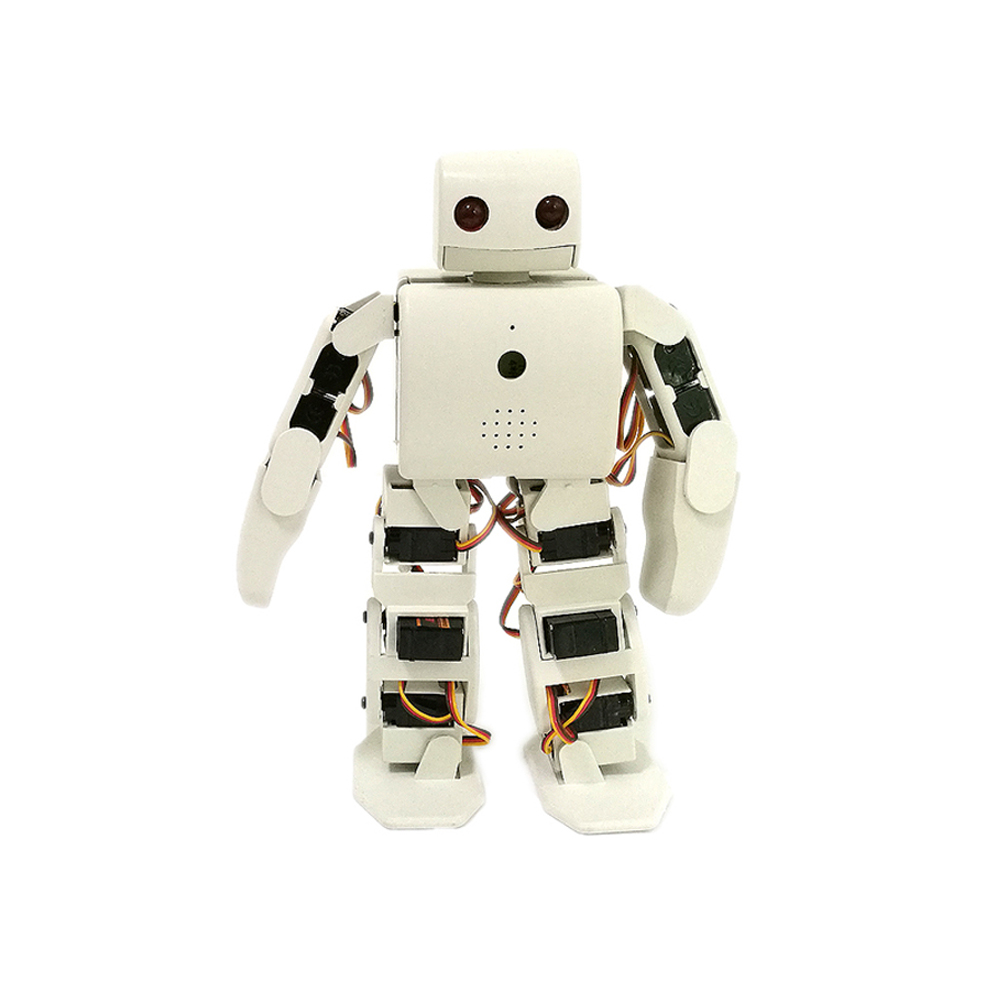 Descriptions: - Low cost and cost-effective.Part of the open source (APP except) suitable for college students, research projects, but also for geeks. - Robot uses 12g high-sensitivity power metal gear servos, which can quickly react. Using large-torque digital servos to power the robot.(Head rotation control program hasn't developped but provide interface). - The robot has characteristics of multi-DoF, which provides a powerful imagination for the users. With this, users can customize freely the actions of this robot according to their needs. - It is a robot kit consisting control boards, servomotors and accessories that you can put together yourself. You do not need any technical knowledge. and special tools. What you need to build this robot is just a screwdriver. -You can remotely control the robot dozen action to facilitate performing various dance moves. Features: 1. Approx. 7.87in tall and weighs approx. 21.16oz with 18 joints and it highly maneuverable. 2. 3D data for the main components of the robot are provided. Thus, using a 3D printer, anyone can customize the data and make their own original parts. 3. The control board of PLEN2 is an Arduino compatible control. Gadget lovers can easily do some programming and add function to PLEN2. 4. Control board for ROS MiddleWareare also lined up. Technical experts and researchers will be able to conduct fully-fledged robot development. 5. Use the currently popular ESP8266 as a controller, support STA + AP mode, 4MB of non-volatile storage space, use SPIFFS as the file system 6. Support WiFi control and provide the ViVi Robot App, support for Android, iOS devices About Power Systems: 12g metal gear analog servos, which has high accuracy, the dummy bit small, zero dead zones, so that the robot's movements more agile. About Controller: 18 road servos WiFi controlled driver Board. About Wireless remote controller: You can remotely control the robot dozen action to facilitate performing various dance moves. About Programming Software: as long as the mouse to operate 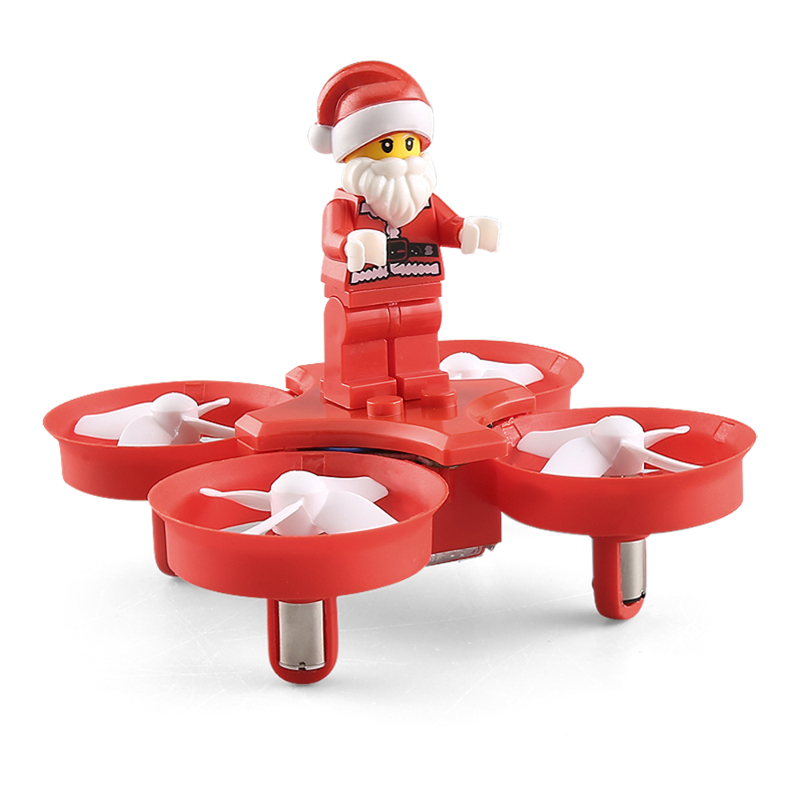 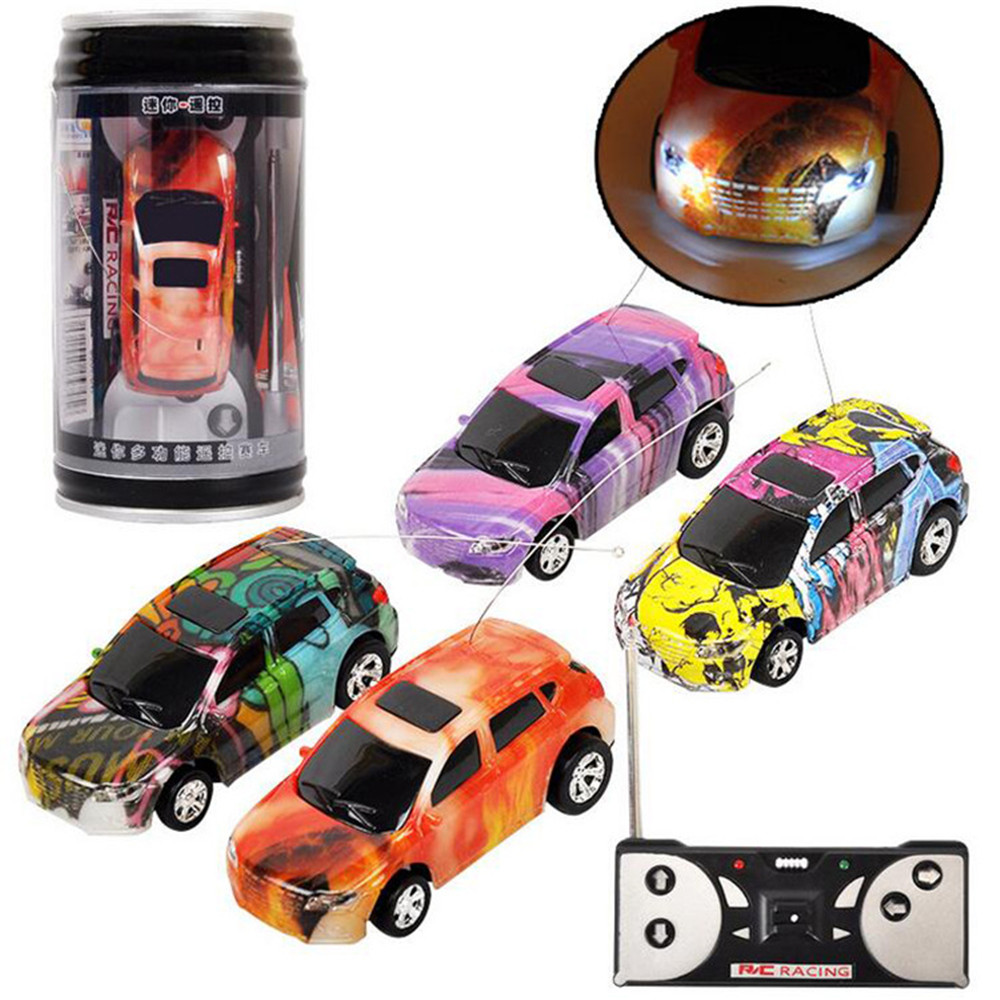 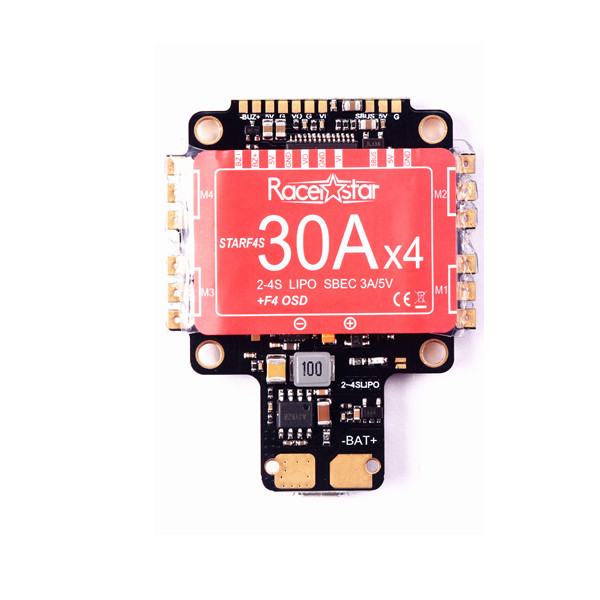 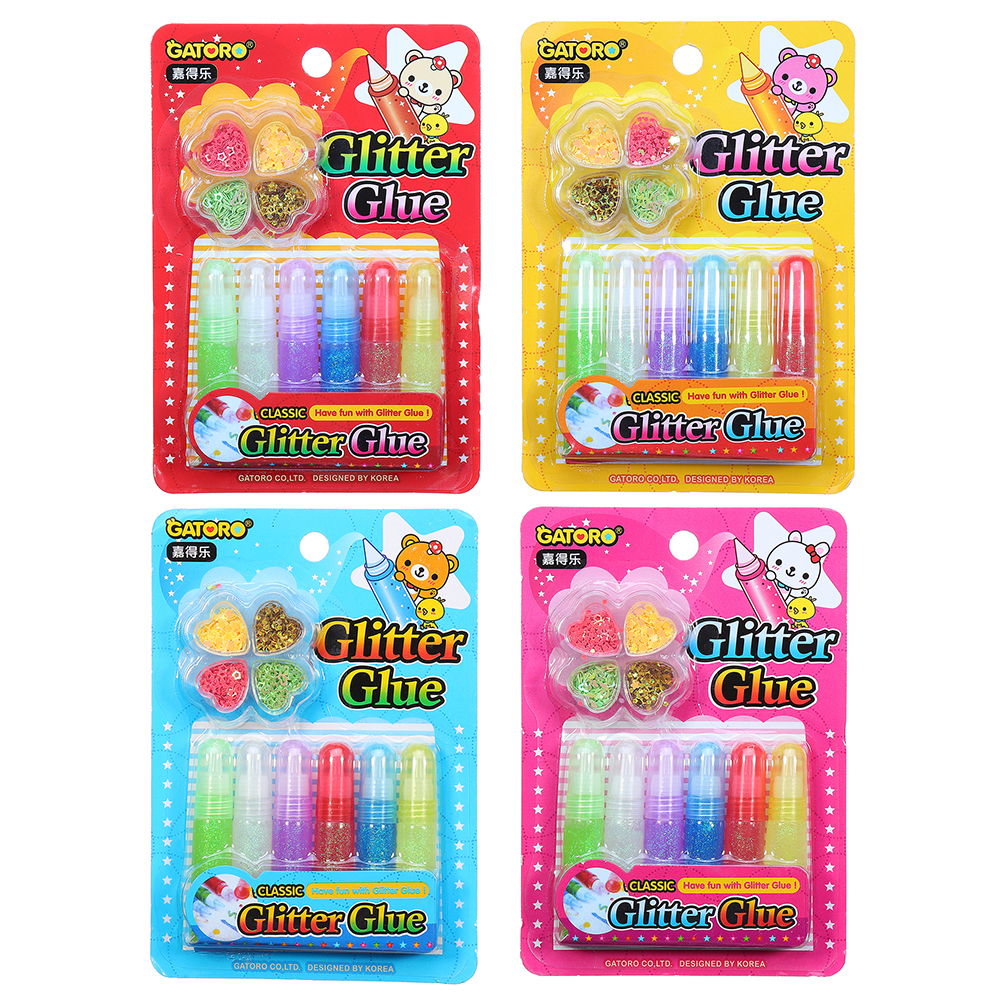 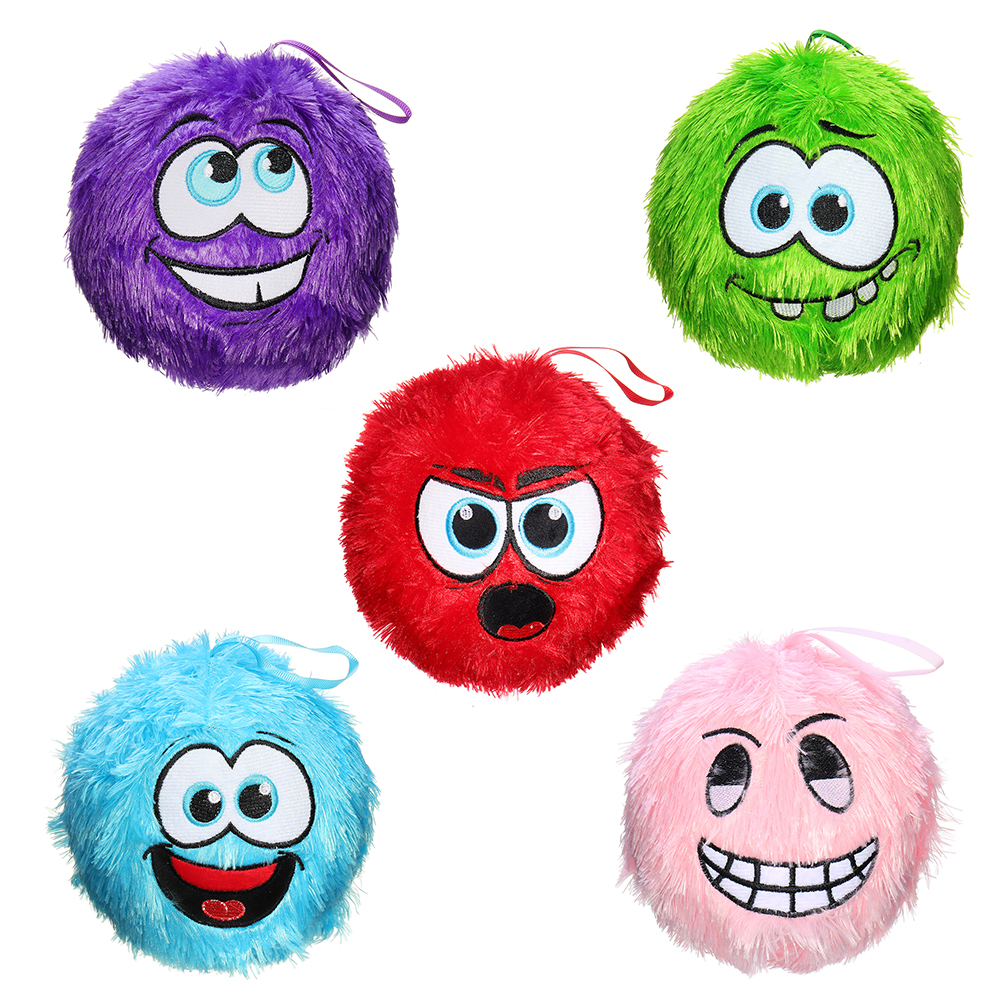 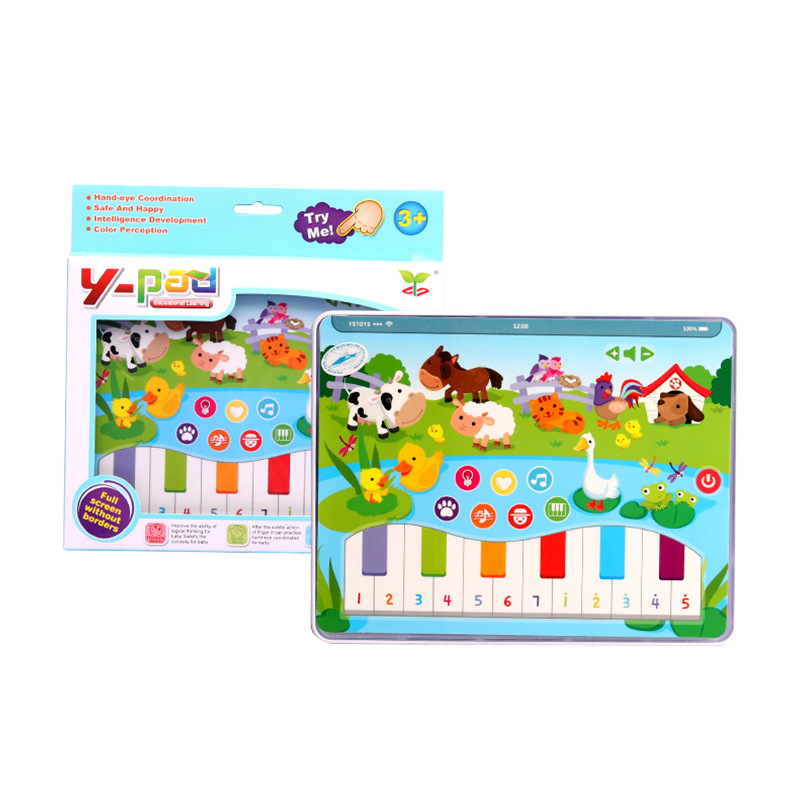 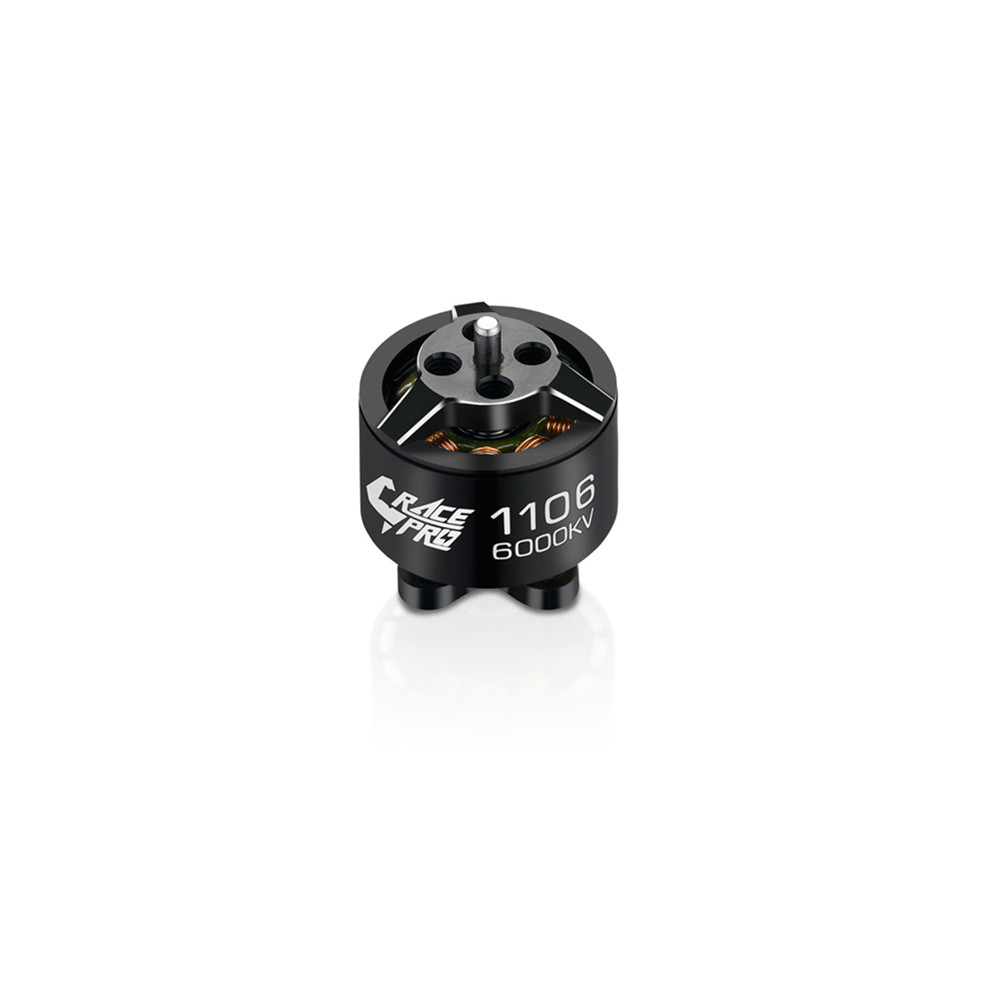